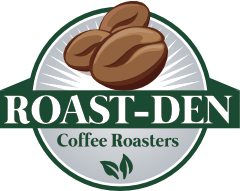 The arguments for coffee and your health.


There have long been arguments about coffee and it's health benefits. Many people have been advised by their doctors to cut down on their caffeine intake, whether it is due to a heart condition, pregnancy or other reasons, it has not been uncommon to hear of people being warned against their cup of Joe. On the other hand there are more and more studies showing that in many cases the evidence does not support the fears and coffee drinking is actually good for you.

First let's look at the heart risk, I recall the claims that coffee was associated with heart risk but a recent study of over 8,000 coffee drinkers, conducted by Queen Mary University of London, showed some interesting results. After making appropriate corrections for other factors (smoking, alcohol consumption, height, weight etc) the study showed no impact on artery health even in people consuming up to 25 coffees per day. The findings were presented at the British Cardiovascular Society Conference in June 2019.

“What we found was that drinking more than three cups of coffee a day did not significantly increase the stiffness of blood vessels compared to people who drink one cup or less a day,” Kenneth Fung, who led the data analysis for the study, tells Amy Woodyatt at CNN. “The main message for people to take away from this is that coffee can be enjoyed as part of a healthy lifestyle, and coffee lovers can be reassured by this result in terms of blood vessel stiffness outcomes.”

Read more on the above study at Smithsonian.com

If a study of 8,000 people does not convince you, take a look at the Studies published by the Annals of Internal Health. Two recent studies (one in the USA comprising 185,000 people and one in Europe with 520,000 adults) concluded that people who reported drinking more coffee tended to live longer than those who reported drinking less. With a combined total of almost three quarter of a million people in the studies it is certainly a conclusion worth considering. Now, to be fair, it must be said that it is difficult to fully control such large studies and while the researchers did their best to account for other factors, it is hard to imagine all external factors were taken into consideration but it would be equally fair to say that the studies have a huge amount of merit based on their extensive scope.

According to the Annals of Internal Medicine the implications of the study are:

"Although drinking coffee cannot be recommended as being good for your health on the basis of these kinds of studies, the studies do suggest that for many people, no long-term harm will result from drinking coffee."

Read the details: Annals of Internal Medicine, Is Coffee Consumption Associated with Lower Risk for Death?

Read More on the above Type 2 Diabetes study here